Greetings! We are Umber Forge Studios. We are a multimedia design studio and we mainly work on video games, animation films & motion graphics!

15th Gungnir Division is a base + tower defense game set in a sci-fi universe.

After spending years of renewable energy, Meph Corporation discovered emerald like crystals emitting pure power on different small planets and moons, so they established extraction facilities on those. But they were not the only ones who were trying to get to those crystals. Soon after they started to produce energy, they got invaded on several facilities thus they created the Gungnir Divisions.

Play as a laser firing, mayhem bringing, alien invader slaughtering artillery turret, upgrade and enhance your base and keep smokin’ the guns!

Marg: The Untold is a side scroller platformer game with a cute backstory!

Marg, a peaceful Orc sets foot on the land of Northern Narlidereon to fulfill his grandmother Ghorza’s last wish. He travels around four different locations to gather up his grandmothers bakery recipes, and meanwhile encounters with different people, parkours around different contraptions and platforms, collects gold and a lot more!⁣
⁣
Enjoy the basics of platformer game genre and experience a sweet backstory while travelling around with Marg. Collect gold to buy hearts to keep playing, and unlock various cosmetics such as hats, bags and colour palettes for Marg.⁣

Get it on Google Play Store! 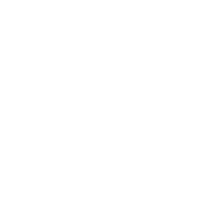 That Retro Guy is an endless runner game with magnificent synthwave music!

ThatDeadGuy is an endless runner game in retro-wave / outrun setting where you control a cyber skeleton who runs an endless parkour to collect cassettes and upgrade itself. ⁣
⁣
Run an endless parkour, listen to some beautiful tracks made by yunuskocak and collect casettes, take advantage of powerups, upgrade and customize your character with various stuff!⁣

Get it on Google Play Store!

Some numbers about us:

Set in a fictional universe where women are hunted down by a fictional church in an ongoing inquisition as witches, one woman tries to make her stand with the help of nature.